This past weekend we headed to Harpswell, Maine to celebrate Kristi’s 30th with her twin sister Kate at her husband’s family vacation home.  As usual, I was obnoxious about wanting to cook certain dishes and look for food as the weekend progressed. 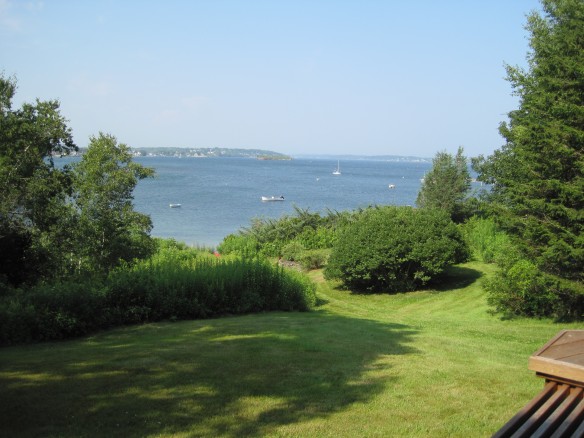 For five months every year, Maine is the most beautiful place in America

In the morning I went looking for mussels at low tide.  Very different from my previous experiences since the mussels were buried in sand instead of mud. 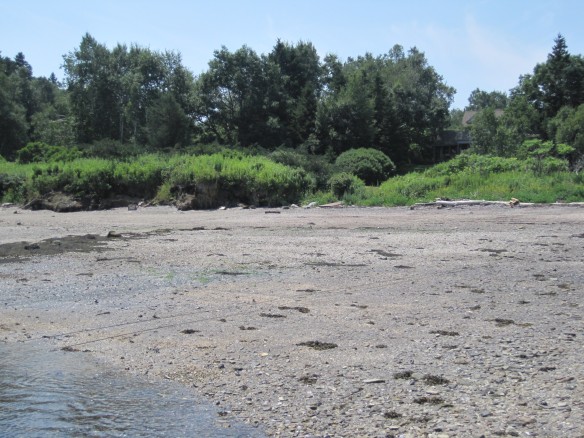 Thousands of empty mussel, clam and scallop shells littered the beach, perfect for putting some fresh gashes in my feet

I looked for mussels the only way I know how: look for the biggest ones with as few barnacles as possible while dismissing any found by other people as “not what we’re looking for”.  Eventually I had a few pounds in my trusty Hannafords bag.

So far on this blog I have worn a Rolling Rock shirt, a "snoozy baby bear" shirt, and two absurd sleeveless tees. With that history in mind, I present my Le Tub Restaurant pocket tee. It has a huge hamburger on the back. I am 30.

I definitely had some concerns about how gritty these mussels would be so I soaked them in fresh saltwater for about 6 hours changing the water about every hour.

While the mussels soaked we played lawn games and waited for the main event to be delivered; a container of 16 lobsters from a friend of Reeves’ family.  Since, food is always better after you have had a few beers in the sun, we did just that.

Don't worry, she's cool, we hid her giant plastic keys before she started tipping them back. Plus, another outstanding tee shirt by me

After some giddy celebration when the lobsters showed up, they were all thrown in a giant steaming pot on the beach.  I would love to take credit for the setup, but the neighbors were also having a lobster bake and offered to cook ours with theirs.  While they cooked, I steamed up the mussels and put them out as an app. 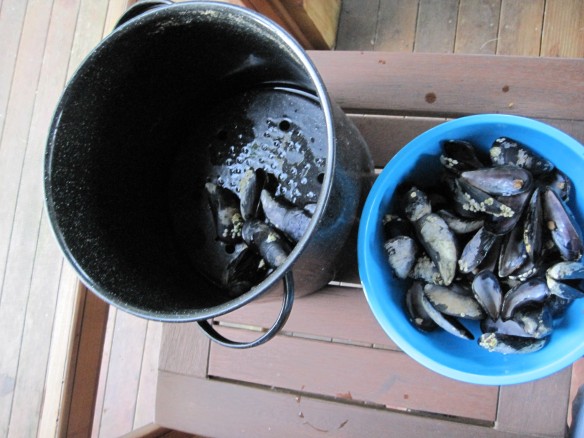 Uneaten mussels on the left, empties on the right

The mussels had more pearls and were generally grittier than the mussels we found by Hermit Island.  They also were not as pretty, with very few having that nice orange color that you see in the header image on this blog.  The taste was solid, but all of the extracurriculars made it less enjoyable.  My brother in-law Chandler was undeterred by the grit and probably ate half of them.

Upon returning to the beach we saw this:

Its gonna take the birth of my first child to knock this out of the #2 spot on the "happiest moments of my life" list. Sad that a wedding and a kid would be the only two inedible items on that top ten list

After gorging ourselves on butter and lobster for the following hour we still had a few leftover so we decided to harvest the meat and save it for the next day.  As usual, this turned into one of the better meals of the weekend when we tossed the meat with diced red onion and celery, little mayo, little olive oil, and salt and pepper. Plop that on a hot dog bun and you have pure deliciousness. 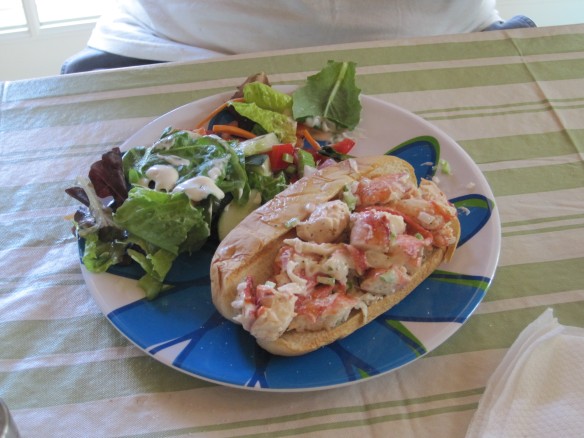 The texture of the big chunks of lobster meat made the sandwich. 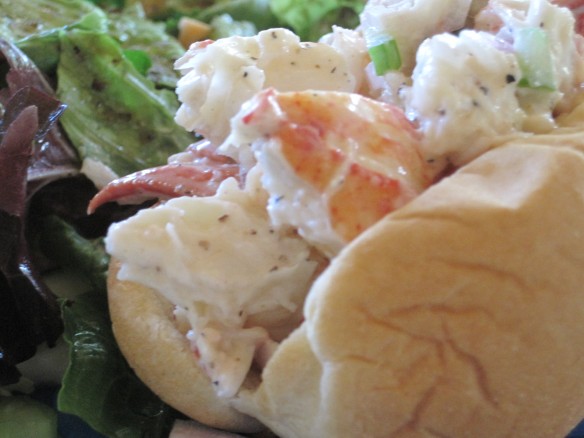 And that was it.  We headed back to the far less delicious mainland and I have been thinking about it ever since.  I can’t wait to go back, eat a ton more lobster, and get another shot at the mussels.  Thanks again Kate, Reeves and family!

Next week, an attempt to make a good meal out of some lesser used cuts of meat.